Did it ever happen to you that you notice something in your home is broken and so is your heart? You imagine the worst that can happen. It could be anything, a dishwasher, toaster oven, refrigerator ice maker, you name it. Not that these things break often. You try to solve the problem by googling for videos with instructions about what to do. Sometimes you get lucky and you can solve the problem. Other times you just give up and think it is time to call a professional. One has to be careful though. Counting the fees they charge for travel and the mandatory minimum you decide whether it would be worth it? Do we really need to repair this at this time or can we get by for a few days, or months or years? You hope some friend who is also a handyman will show up and give a hand in fixing the broken appliance.

A few years ago, we refurbished our kitchen. We upgraded the cooking range to the high-end Viking brand. Our earlier range had come with the house when it was built. It was a small twenty-four inches wide unit with four burners. We wanted a bit larger. So, we opted for a thirty-two inches four burner unit with a griddle in the center. The problem was the exhaust system. The smaller one we were going to replace had a downward draft that would fit under the counter. The new one was much wider and a downward draft would require major plumbing work. The contractor recommended that we install a behind the range vertical one. 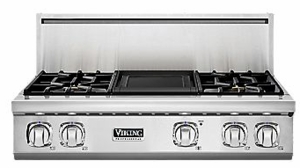 “It will be great,” he had said. “There is a button on the side. You push it and a rectangular unit will rise. You can set the speed. When done just push the button again and it will come down.”
“If it’s as simple as that, we’ll take it.”

The vertical draft worked fine, especially when there was a lot of frying to be done. It prevented the smoke alarm from going live, to awaken the neighborhood.

Two years go by. One day my wife used the draft and when done she asked me to please close the unit. I agreed and pushed the button. It went down as it should.
A week later when my wife wanted to use it, nothing budged. The metal frame would not go up. I tried; it didn’t help. Upon opening the cabinet door under the range, I noticed an electric outlet that the exhaust was plugged in. Knowing how the computer sometimes works by rebooting, I unplugged the unit and plugged back in. Nothing happened. I used a voltage detector. The electric outlet was hot.
“There has to be a problem with the switch,” I said to myself.
“What are we going to do now?” My wife asked.
“Nothing that I can think of.”
“I don’t even know how to take the cover off. It looks like a hermetically sealed rectangular metal box.”
“Oh well. I’ll just keep the kitchen door open to let the fumes escape.”
“All I did last time was push the button to shut it off.”
“I’m not blaming you. Let’s forget about it for now.”

We let it go for a couple of days. I just wasn’t feeling right that an almost brand-new unit could go caput in two years, and from a reputable high-end appliance company like the Viking. I called Viking and the only thing they said was that the part was not under warranty anymore and that I could call the local approved repair company. They gave a few names.

As it usually happens the technician came and just snapped open the top of the exhaust unit.
“That’s all you need to do?” I asked. “It looks so easy.”
The repairman didn’t say anything. Perhaps he had heard it from many homeowners. He said the on/off switch needed to be replaced but unfortunately, he didn’t have one in his truck.
“I have to order one and I’ll give you a call when I get it.”
“Are you going to charge me again for your second trip?”
“No. There’ll be no extra charge.”

To make the story short, the unit was repaired and we were a happy camper, only after spending $240.

But our happiness only lasted for the next two years.
“What now?” My wife said.
“I don’t know. This time I didn’t even touch it.”

Mr. Google revealed that many others had a similar problem. They cursed the manufacturer for bad design. One said it was a small fix, that he bought the switch on the internet and could install it within a few minutes. I was contemplating doing it myself but felt the job daunting – from buying the right part to trying to install it. Again, researching for the switch revealed many shapes and forms.

“It looks like it is going to be a recurring problem.”
“It’s not an urgent thing. We can wait a few days.” My wife said calmly.
“Well. Worst come to worst another couple of hundred dollars gone.”
I made a resolve that his time I was going to play close attention and observe what the technician does and make a note of the part number and name.
My son-in-law is quite a handyman. He said he would fix it if I bought the switch. But I had gone through that exercise last time. We didn’t do anything for a couple of months. It was winter and we wanted to wait until the weather improved.

In our house, I am an early riser. Not that early, but earlier than my wife. I leisurely come downstairs, get the paper from the driveway, make tea and toast and boil a couple of eggs. The breakfast is ready before my wife comes down.
A few days ago, as I was reaching for the refrigerator to retrieve the muffins, I don’t know why I thought I should test the exhaust again. It was dead anyway. So, I pushed the on/off button.
“Bzzzzzz.” It sounded. With a whirring sound, it rose up.
What in the world? Is it really happening? Is it working all of a sudden?
I didn’t believe it. How did it repair itself? I thought it was a fluke, so I didn’t dare try it again. I thought the buzzing sound would awaken my wife upstairs. But it didn’t.
A half an hour later, when she came down, I told her what had happened.
“Did you hear anything upstairs?”
“No. What was I supposed to hear?”
“The sound of the exhaust fan.”
“Are you kidding me?”
“No.”
As she walked towards the range, I was sure I was going to make a fool of myself. It is not going to work. But it did. She pushed the button and it made its buzzing sound and went up.
Clap, clap, clap.
We tried to reason why it worked. We couldn’t come up with one.
“But, didn’t we all try it before? And for so many months.” My wife asked.
“Yes.”
“Then.”
“I don’t know. Maybe some gremlins came at night and fixed it.”
“We’ll take it.”

We have used the exhaust a couple of times since then with success. Whatever it was that fixed it, we hope will keep it that way. We are still keeping our fingers crossed.

One thought on “Miracles do happen”